To feel the great nature of Tsushima, Cycling is the best way! There are many ways to enjoy cycling, such as drive towards a beautiful beach; run slowly in the idyllic countryside; challenge the up-down mountain trail. 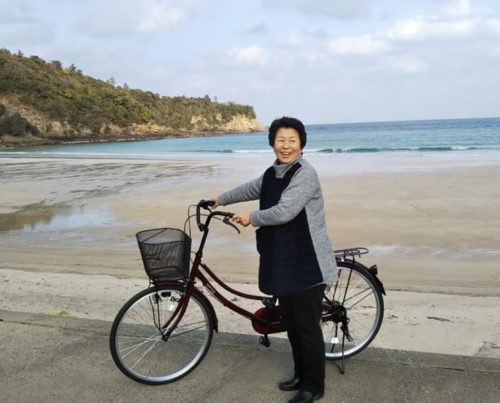 The water is so beautiful!! It is one of the biggest beaches in Tsushima with more than 400 meters of smooth sand. It is popular among families with children, as the waves are calm and the natural sandy beach is shallow. 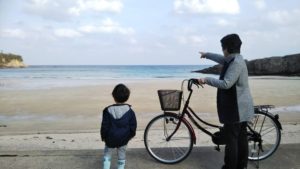 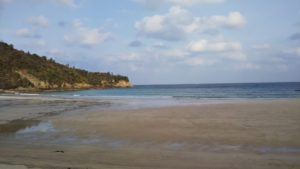 The beach is also a sandy beach where sea turtles visit for egg laying, and is designated as a natural environment conservation area in Nagasaki Prefecture.

In fact, there are no obstacles on the long, shallow beach and it’s also good for surfing! 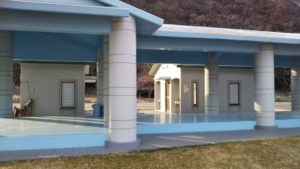 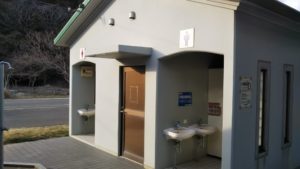 There are rest areas with toilets, showers, changing rooms. In the summer, there are also Beach houses. 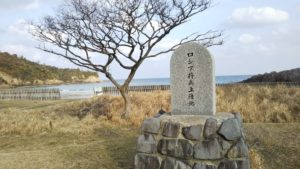 In fact, this beach is also a historically important place. It was the time of the Meiji era, the midst of the Russian-Japanese War. On May 27-28, 1905, the “Battle of Tsushima” was unfolded off the coast of Mogihama; yes, the day Japanese navy defeated  the famous “Valtic fleet”. Russian soldiers thrown into the sea landed on this beach one after another. The islanders, who saw Russians for the first time, thought them as demon. However, they gave Russians water and food and treated warmly. The humanity they gave to the soldiers of the enemy country in the midst of war shows the warm character of islanders in Tsushima.

Mogihama Beach is about a 3km ride from the residential area of ​​Kin. You have to go over one loose mountain path. 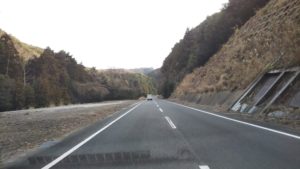 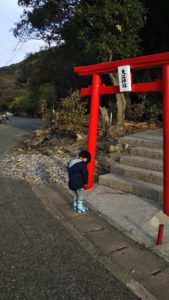 There are several historical shrines around the Kin fishing port (琴漁港): Korokumiko Shrine (胡簶御子神社) and Oe Shrine (大江神社). At the side of the Korokumiko Shrine there is a path that enters into the forest. From there, you can climb to the Kinsaki Boardwalk (琴崎遊歩道). If you go down the Kinsaki Boardwalk, you would arrive at the Koroku Shrine (Kinsaki Daimyoujin) which enshrines at the mountain path.

This course is trekking rather than cycling. We recommend that you park your bicycle at Kin fishing port and trek the mountain path.

Please take a look at the interesting blog (Japanese) written by the Tsushima Tourist Association’s secretary general who is the Shrine Mania (!?). You should want to go Kinsaki Daimyoujin by walk after you read it! 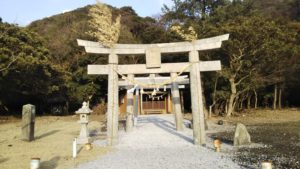 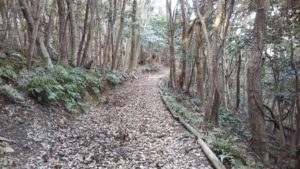 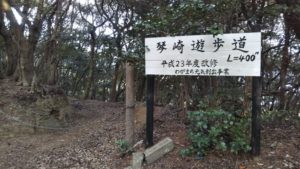 In the future, we plan to prepare electric assist bicycles and mountain bikes.

*These activities are optional services for guests who stay at NOHAKU (farmstay). Only activities without farmstay are not available.

A hotel in the northeastern part of Tsushima "Kin (琴)", close to "Mogihama (茂木浜) Beach" which boasts a beautiful sandy beach and clear water. There are also many experiences such as cycling and tea ceremony. You can also enjoy delicious seafood. 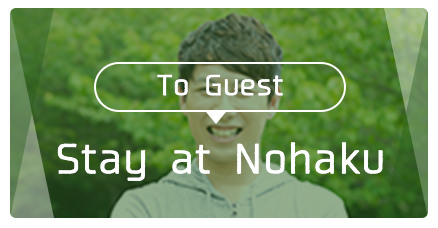 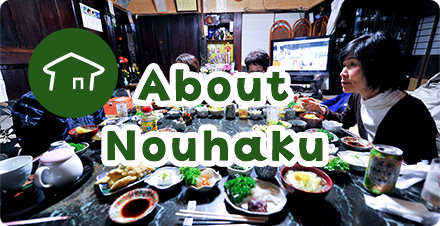 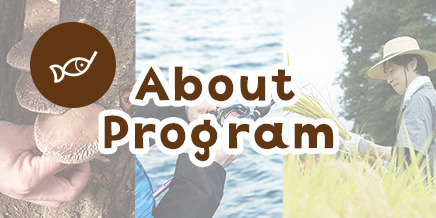 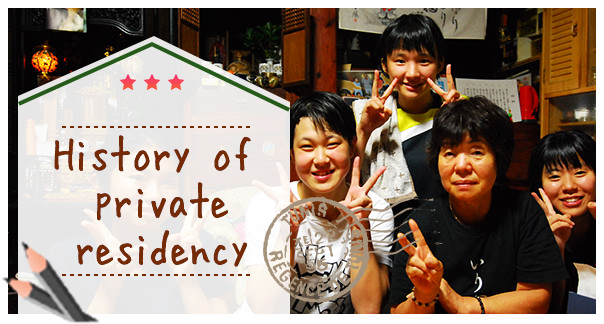